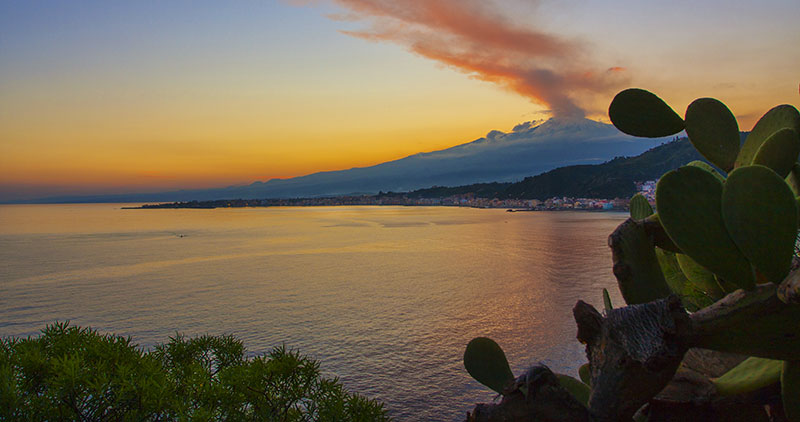 Etna Park, a protected natural area, is located 50 km from Macchia di Giarre. The most interesting places are:

The frost cave
This cave of lava flow has the particularity of having inside the presence of perennial ice due to the low winter temperatures (below -6°C). The best time to visit it is definitely in spring, when the snow outside melts and allows access to the cave.

Cave of the three levels
The longest of Etna’s caves, at an altitude of 1,630 metres, in the Zafferana Etnea area. It was discovered by chance in 1964 during excavation work for the construction of the Zafferana-Rifugio Sapienza (SP 92) and consists of three overlapping tunnels, to which its name refers.

The Bove Valley
It is located on the eastern slope of Etna. Its perimeter is about 18 km and it is deserted as it is covered by recent lava flows. It is possible to reach the valley from different points, either by trekking along the natural paths that overlook the valley from above or by car, if you want to admire the lower part. From here you can enjoy a breathtaking view that includes the top of the volcano and at the same time the coast, which stretches from Taormina to Syracuse.